A Loudoun County, Va., middle schooler whose family asked that he not be exposed to transgender-themed lessons that go against their faith was placed in a small room adjacent to the dean’s office during that class the next day rather than an alternate lesson, according to the parents.

“[The boy’s mother] wasn’t happy about the fact that he was put in this isolation room,” said Brenda Tillett, president of Standup Virginia, a nonprofit that fights for parental rights and education, law enforcement and safe communities and election integrity. “I think that is giving a child a mental message that they’ve done something wrong because they’re placed in isolation.”

A school spokesperson said each grade’s dean’s office is equipped with “classrooms” where students are often sent when their parents opt them out of a lesson, and that the teen was not sent to an isolated chamber.

But video the student recorded from inside gives viewers an idea of its dimensions – large enough for two desks and not much else.

“Barely bigger than a broom closet,” the father described it, and the student said that if anyone else was in a similar room, he had no contact with them.

Students at Harper Park Middle School in Leesburg all attend “advisory learning” classes at the same time every morning, Tillett said. It’s a half-hour homeroom period, and typically, they learn about being considerate toward others and “how to make good friends.”

But during a Pride Month lesson, students were shown a video of a teacher explaining the use of nontraditional and transgender pronouns.

“We talk about sharing our pronouns, and it’s a really important step, because when someone shares their pronouns with you, and their pronouns might seem to contradict what you believe about them, or what you assume about them,” the teacher, Kelly Ferris, says in the video.

“When someone shares their pronouns with you, we’re sharing our name. We’re sharing who we are, our identity. And that’s a form of trust. So when you use the pronouns that I have shared with you, it shows that you like me, and you trust me, and you’re being kind and using my pronouns, which are they/them.”

“Your pronoun isn’t your name,” she said. “If a student isn’t using a person’s preferred pronoun, then that means that student doesn’t like that person? And they don’t trust that person? That’s completely untrue. That’s emotional abuse, and that — it was an extremely manipulative conversation that is disguised under the banner of kindness and trust.”

She said conversations about sensitive social issues – including sexuality, gender pronouns, love, marriage and relationship – fall under parental rights and should be had at home.

The school said parents were warned in advance and were given a chance to opt their children out.

The family, who spoke with Fox News on condition of anonymity in a community where far-left Facebook groups made up of parents, teachers and officials have been accused of intimidating, deriding and doxxing conservative neighbors, said they had not received such a warning. But after some digging, the father said they found a small note included in the school’s weekly newsletter, “which, to be honest, I never read.”

“During advisory this week, we will focus on PRIDE, Kindness and Acceptance Month,” the note, which was shared with Fox News, reads. “We welcome students and families to review this week’s advisory lessons on PRIDE, specifically tomorrow, by clicking HERE. We understand that this topic may be one that you would like to review with your student individually, rather than in a student advisory environment.  If this is the case, please contact your student’s grade level dean or counselor and we will arrange for alternative items for their advisory time this week.”

Having not seen the note, the family said they complained the next day and that the principal indicated that other families had also called him about the video.

He declined to comment directly for this article and deferred to the district spokesperson.

The “alternative items” for advisory time amounted to unsupervised time in the small room, with the door closed, no instruction and no homework, the family said.

Rather than subject their son to more of that, they let him finish the last week of school remotely, returning only on the last day to say bye to friends.

“We’re a Christian household, and we have certain views that are our religious beliefs, and we’ve shared that with our child,” the father told Fox News. “They’re supposed to be learning math, English, science, not how to fit into a leftist society.”

He likened the pronoun lesson’s framing to thought policing in George Orwell’s “1984.”

“They’re trying to control our children on how we’re speaking,” he said. “We’re sick of it. We’re probably going to look at other avenues of education for the next school year.”

The family left California “to get away from the liberals,” he said – stopping off first in Utah but then moving to Virginia for work.

“We thought we had escaped the insanity,” he said. “And that’s what we want to get away from. What’s this liberal craziness? We’re right back in the middle of it.”

The incident comes as Loudoun County’s school board is considering Draft Policy 8040, which would require Loudoun County Public Schools employees to use students’ preferred name or pronouns.

Byron “Tanner” Cross, a district physical education teacher, was suspended and then reinstated by court order earlier in June for speaking out against the proposals during a public board meeting when he told the board that “I love all of my students, but I will never lie to them regardless of the consequences. I’m a teacher but I serve God first, and I will not affirm that a biological boy can be a girl and vice-versa, because it’s against my religion. It’s lying to a child. It’s abuse to a child, and it’s sinning against our God.” 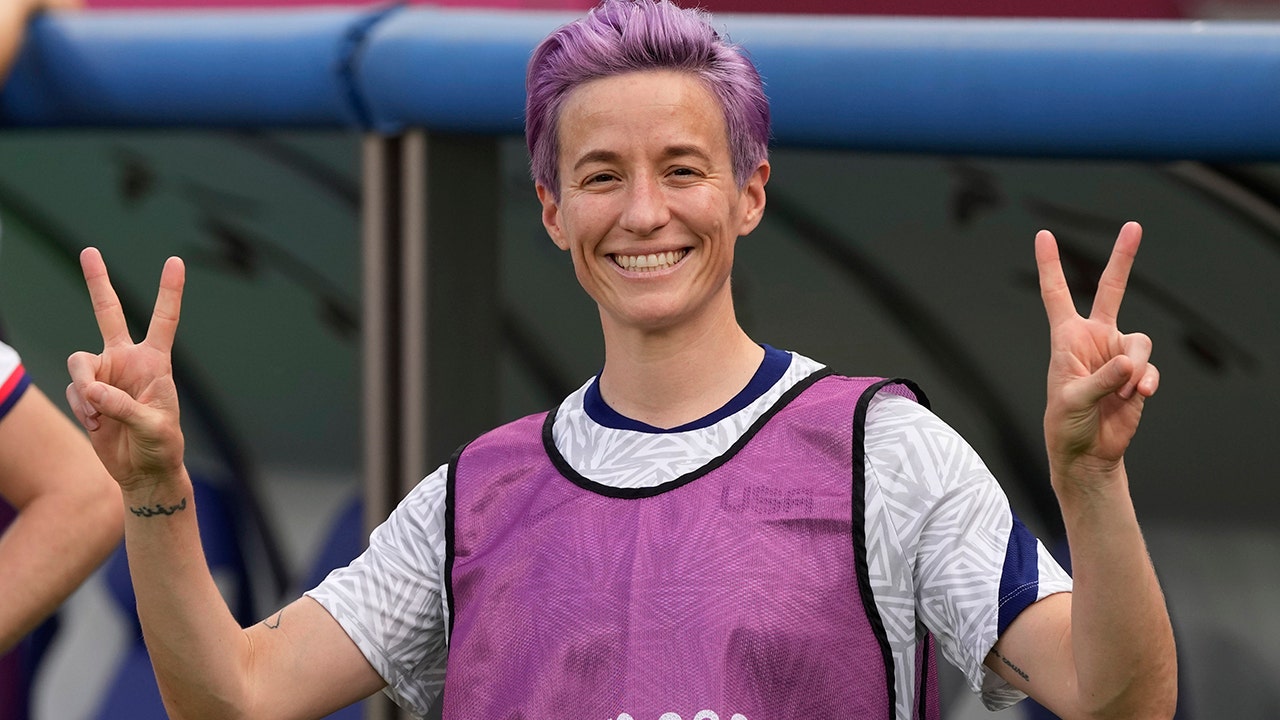