Facing withering criticism over a growing crisis at the Rikers Island jail complex, where 10 people have died this year, Mayor Bill de Blasio on Tuesday announced a five-point plan for addressing problems there and said he would visit the complex “at some point.”

Staff shortages at Rikers have led to a series of violent episodes and an unsanitary and chaotic environment inside the jail, a federal monitor said this summer. As the complex has grown less safe, calls have grown for Mr. de Blasio to go there — something he has not done in four years — and to move aggressively to improve the dangerous conditions.

Mr. de Blasio, a Democrat with less than four months left in office, has pledged to close Rikers in the coming years and has sought to frame the move as a key part of his progressive legacy. But he could end up leaving many of the problems to his successor.

“There has been a back-turning of this mayor on this issue,” said Tina Luongo, the attorney in charge of the Legal Aid Society’s criminal defense practice. “All he wants to tout is his legacy to close it in six years. His legacy is right here in what is happening on that island. And he has got to take responsibility.”

More than a dozen elected officials visited the jail on Monday, assailing conditions that several said amounted to a humanitarian crisis. They called on Mr. de Blasio to grant early release to some of those being held there, an action the mayor has resisted.

On Tuesday, Mr. de Blasio announced a plan to accelerate repairs at the complex and to move Correction Department staff members there from the courts. He also threatened to suspend without pay correction officers who do not show up to work.

“We have a situation that is just not acceptable and has to change fundamentally,” the mayor said at a news conference.

The mayor’s plan was immediately criticized from all sides. The Legal Aid Society called it “unconscionable and unworkable.” The correction officers union called it a “reckless and knee-jerk solution” and said the mayor should resign.

Other elected officials agreed. Jumaane Williams, New York City’s public advocate, said on Monday that he feared a catastrophe like the Attica prison revolt in 1971 could soon occur at Rikers.

The suspensions threatened by the mayor would go only so far. Had the plan been in place in August, only 3.5 percent of the more than 2,670 officers who were either out sick or otherwise unable to work with detainees that month would have been considered absent without approval and subject to suspension.

In interviews, detainees, jail staff members and medical workers said the situation at the jail complex was worsening with each passing day.

Some units that were once secured by up to four correction officers now have none, as nearly a third of the department’s roughly 8,400 uniformed staff members are either out sick or otherwise not showing up for work. Gang members and other detainees have taken to managing the comings and goings of dozens of incarcerated people in jail dormitories, breaking up fights and administering medical care.

Mounds of trash line the hallways and staircases. Soap and cleaning products are often unavailable. Some units are without toilet paper; in others, worms inch out from drains. Many incarcerated people have not been outside in months and spend their hours in dorms without activities and services. The timing of meals — if they come at all — is unpredictable, a public defender said. The barbershop is closed. The medical clinic is backed up, a staff member said.

“We have no minimum standards whatsoever, no medical services, no recreation, no religious services or law and library services,” one detainee, Reginald Wiggins, 58, said in an interview. “We have not had an officer on this unit in three weeks. I am in fear of my life.”

In May, Mr. de Blasio named a new correction commissioner, Vincent Schiraldi, and pledged to hire more officers, although they are unlikely to bring relief to the system until next year.

But the mayor’s critics say his seeming disinterest in visiting the complex underscores the hands-off approach he has taken since he gave his support to a proposal to close Rikers four years ago. (An $8 billion plan produced two years later called for closing the complex by 2026 and building four new jails across the city, but that timeline could be in doubt.)

Keith Powers, a City Council member who leads the criminal justice committee, said that he had visited Rikers several times a year and that Mr. de Blasio should go there himself.

“In a moment of crisis, that’s the time you want to show up to get a better handle on what the issues are,” Mr. Powers, a Manhattan Democrat, said. “It’s both important symbolically, but also structurally to understand the urgency of fixing the problem.”

“If he went to Rikers Island to see what was going on, I think that he would also feel an urgency that many of us who have gone feel,” Ms. Biaggi, a Democrat who represents parts of the Bronx and Westchester County, said. “I don’t think what he’s saying is a direct, rational response to a humanitarian crisis.”

Mr. de Blasio said on Tuesday that he had a “very clear sense of the problems” and that he had worked on addressing them “more than any mayor I can remember.”

Eric Adams, the Democratic nominee for mayor and the overwhelming favorite to win the general election in November, supports closing Rikers, but he has objected to the locations chosen for three of the new jail sites. Mr. Adams, a former police captain, visited Rikers this month and released a plan that includes moving mentally ill inmates and those who are addicted to drugs out of the complex.

“Eric believes the situation at Rikers is now a full-blown crisis that must be addressed with immediate investments in personnel and resources,” Evan Thies, a spokesman for Mr. Adams, said in a statement.

Curtis Sliwa, the Republican nominee for mayor, opposes closing Rikers and wants to build new facilities at the complex.

More immediately, Mr. Sliwa wants to hire 2,000 additional officers and to remove emotionally disturbed people from the complex. He said he had been held at Rikers in the 1980s and had seen the conditions for himself.

“It’s falling apart, and it’s not fair to the inmates or the correction officers,” he said in an interview. “The doors are broken, and anarchy rules.”

Three incarcerated people have died at Rikers in the past month, including Esias Johnson, a 24-year-old man who was being held on $1 bail and whose family said he had struggled with mental illness.

The vast majority of those being held at Rikers, as well as in other city jails, are awaiting trial. As of Sept. 3, there were about 6,000 people in custody at Rikers; nearly 90 percent had not been tried and were presumed innocent.

Mr. de Blasio said recently that he had no plans to release inmates from jail early after criticism over a similar move last year at the height of the pandemic. He denied a report in The New York Post that his administration was considering releasing 180 inmates, and Dermot F. Shea, the police commissioner, said he opposed any early releases.

Mr. de Blasio said it was possible that people inside his administration were examining the idea but that he did not support it.

On Tuesday, Mr. de Blasio urged state officials to approve a law that would allow for the release of 400 people being held at Rikers who had violated parole and he called on the court system to allow the supervised release for nonviolent offenders.

The mayor announced his intention to bring police officers into the court system, freeing correction officers to work at Rikers. Lucian Chalfen, a spokesman for the courts, said that aspect of the plan had been introduced during the pandemic.

“The mayor blaming the court system this time for the chaotic situation on Rikers Island, is like the captain of the Titanic blaming the iceberg,” Mr. Chalfen said in a statement on Tuesday.

The mayor also said he wanted to reduce the time people spent in intake units, where much of the overcrowding is occurring. In recent months, public defenders and detainees and their advocates have expressed concern about incarcerated people being placed into shower areas that have been increasingly used as punitive intake cells.

Kelsey De Avila, the jail service project director at Brooklyn Defender Services, said one of her clients had been held in a shower cell that did not have a toilet.

“He was vomiting on the floor and they didn’t allow him to use the bathroom,” she said, adding that the man had been left to sleep and defecate on the same floor.

Detainees said the mass absenteeism among officers has led to the creation of more weapons inside.

“We did not come into jail to die,” said Victor Raimo, 51, who has two months left to serve and is worried about his safety. “This is criminal what’s happening here. There’s no care, custody and control. We need help.”

The Morning After: Meet the new iPhone 13 | Engadget

N.J. to Pull $182 Million Out of Unilever Over Ben & Jerry’s and Israel

A ‘Vanlife’ Couple Went on a Cross-Country Trip, but Only One Returned 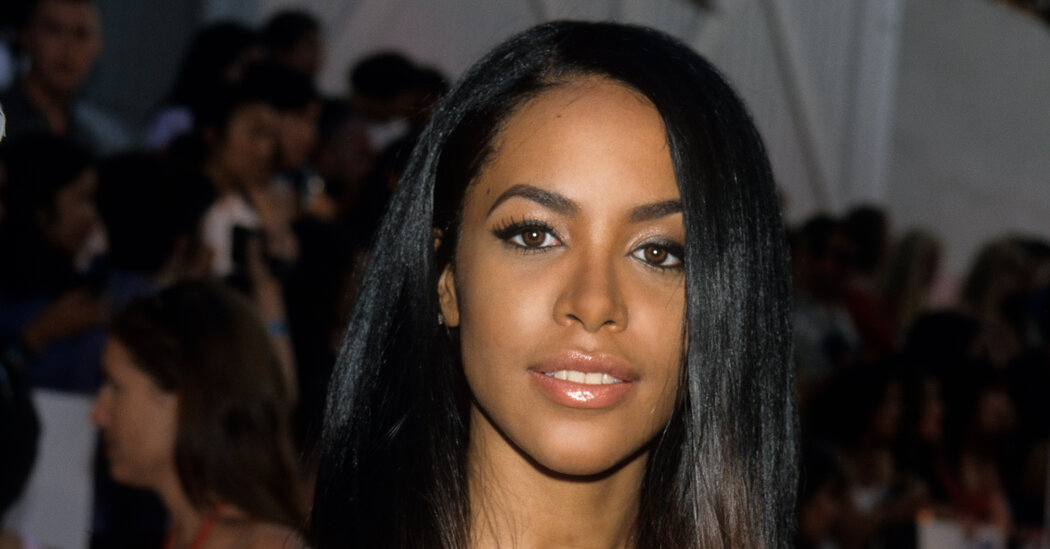 R. Kelly Sexually Abused Aaliyah When She Was 13 or 14, Witness Says