On a recent weekend afternoon, Damian Biollo went to Hudson Yards with his wife to meet up with a drawing group that typically convenes in Central Park, where the mysteries of nature reveal themselves more reliably. On this day, a mall-cum-office park would dubiously provide the inspiration, but not long after they arrived, they noticed something out of context and quite beautiful — a tiny creature with two pairs of wings, the front set a pale gray elegantly dotted in black, and the back set smaller and accented in bright red. It had situated itself near an entrance to the High Line.

Someone without Mr. Biollo’s particular grasp of the moment might have simply begun sketching what looked like a detail of an exquisite Chinoiserie wallpaper, but he knew that he was in the presence of something insidious. After two attempts, he managed to squash it.

A software engineer who follows a lot of naturalists online, Mr. Biollo correctly identified what he was looking at as a spotted lanternfly (Lycorma delicatula), an invasive pest from Asia that arrived in the United States seven years ago and in New York City last year, immediately landing on the Most Wanted list of local environmentalists, who have brought a General Patton-ish energy to the project of expunging it.

“I spent 10 minutes stomping around and looking for them, and I killed eight,” he told me. That day, in a confined area around 34th Street toward 11th Avenue, they were everywhere. Over the course of two hours, he killed 76 — 40 of them in a span of just a few minutes. “I honestly felt like I was in a twisted video game,” he said. “I killed eight and I thought maybe I could get to a high score of 10.”

Mr. Biollo understood that the lanternfly is a problem for many reasons, but mostly because it zealously feeds on the sap of more than 70 plant species, leaving them susceptible to disease and destruction from other natural antagonists, threatening to set back the fight against climate change. In Pennsylvania, the issue is taken so seriously that the state issued a Spotted Lanternfly Order of Quarantine and Treatment, which imposes fines and even potential criminal penalties on anyone who intentionally moves the bug, at any stage of its life, from one sort of location to another via “recreational vehicles, tractors, mowers, grills” as well as “tarps, mobile homes, tile, stone, deck boards” or “fire pits.”

The insects hop and fly only short distances, but they move with ease and reproduce maniacally. “They can hitch a ride on a baseball cap in the back of your car,” Ronnit Bendavid-Val, the director of horticulture at the Brooklyn Botanic Garden, told me. “I can’t think of something they don’t lay their eggs on — cloth, metal, furniture, sides of buildings and of course trees.” There are no natural predators that go after them, no organic pesticides to shut down their operation, so if you see one, “squish it,” Ms. Bendavid-Val said, “that’s the message.”

New York State’s Department of Agriculture, concerned about the lanternfly’s affinity for grapes and all the resulting danger posed to vineyards in the Finger Lakes and on Long Island, would ask you to go beyond combat and perform reconnaissance. It would like you to collect a specimen when you come across one, put it in a bag and freeze it “or put it in a jar with rubbing alcohol or hand sanitizer,” the purpose of which, other than making use of the extra Purell you bought over the past 18 months, is not entirely clear though the goal — death — will be achieved. Once you have made the lanternfly your victim, you are meant to write to the agency providing additional details about your sighting, pointing out the “street address and ZIP code, intersecting roads, landmarks, or GPS coordinates,” according to the website.

You might abide these directives, hunt down this creature, pulverize it and feel like a warrior, but still you would be forced to recognize the insect’s natural gift for metaphor. The spotted lanternfly made its way to New York City in the middle of a pandemic, arriving first in Staten Island, going after our ecological cohabitants. Chief among them turns out to be the Ailanthus altissima, otherwise known as the Tree of Heaven, otherwise known as the tree at the center of the 1943 novel “A Tree Grows in Brooklyn.” Itself aggressive and a symbol of urban resilience, “it grew in boarded-up lots and out of neglected rubbish heaps,” the author Betty Smith wrote. “It was the only tree that grew out of cement.”

The presence of the lanternfly brings us another reminder that our commitments to sustainability are all too frequently in conflict with our aesthetic values. The last time the city faced a threat of this kind was approximately 15 years ago, when the Asian long-horned beetle made its incursions, having entered the country in wooden packing materials. Half of the trees in New York were vulnerable to it, and the invasion resulted in a huge deforestation. First sighted in Brooklyn in 1996, the beetle wasn’t fully eradicated from the city until 23 years later.

Those elimination efforts were strategic, relying less on an army of citizen mercenaries who might have been more likely to stomp out the beetle because it was ugly than they would violate something as dazzling in its appearance as the spotted lanternfly. “People are feeding feral cats in the pandemic,” the urban ecologist Marielle Anzelone pointed out. “Meanwhile, feral cats are slaughtering songbirds. But people understand what domesticated pets are, and they feel sorry for them,” she said. “The majority of humans are not ecologically literate.”

To Ms. Anzelone, the founder of NYC Wildflower Week, which showcases the roughly 800 plants native to New York City, all of the sudden interest in the spotted lanternfly is simply another indication of our blinkered approach to managing our ecosystem, singling out one villain when we ought to be thinking holistically. “Because we have a wine industry in New York State, there’s a lot of concern,” she said. “As soon as there’s a commercial dollar sign involved, there’s attention. But there are a lot of invasive plants in New York City that are more destructive.”

Even in the midst of the climate crisis, biodiversity is not taken seriously in a place where nature is generally regarded as a novelty. Researchers are currently working on innovative methods to permanently control the spotted lanternfly population. But once they succeed, of course, something else will inevitably take its place, another tiny enemy escaping its original habitat on a container ship. The pace of global commerce and life makes it impossible to imagine otherwise. 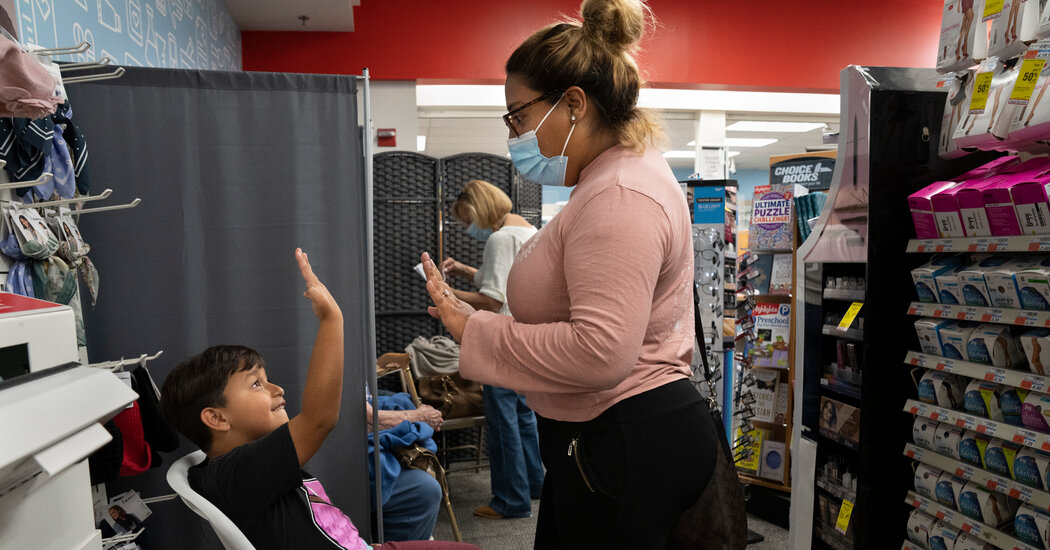 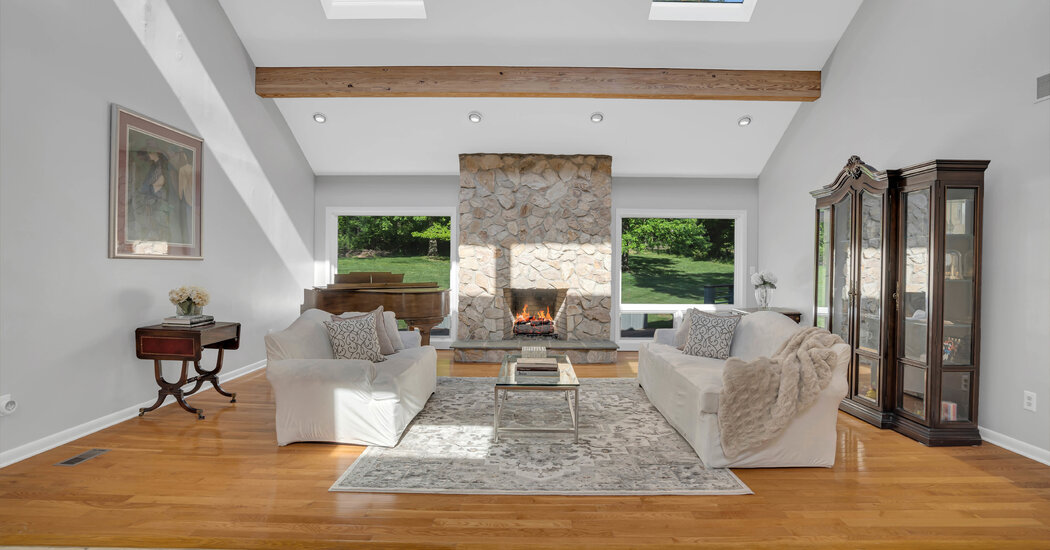 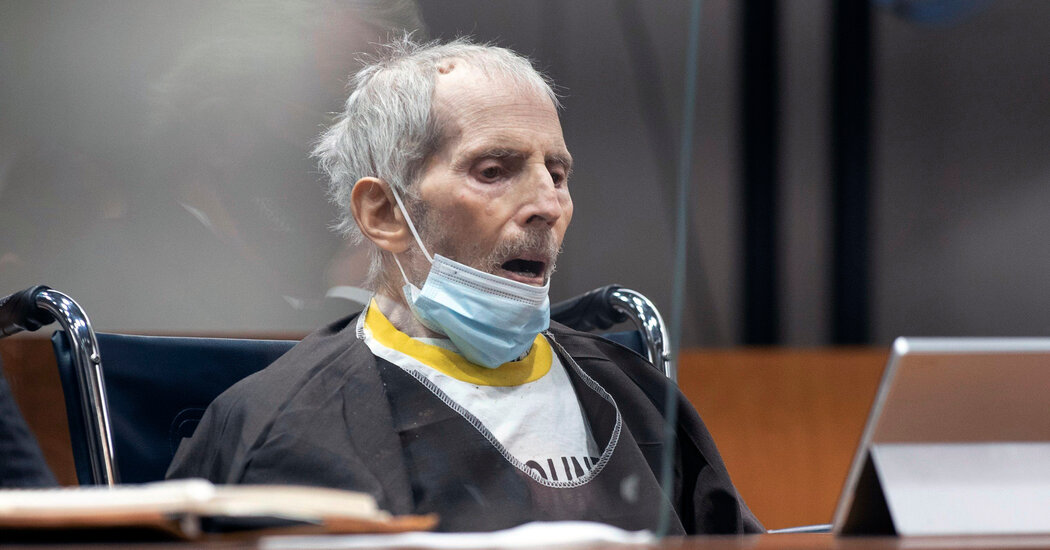 Robert Durst has Covid, his lawyer says, and is on a ventilator.